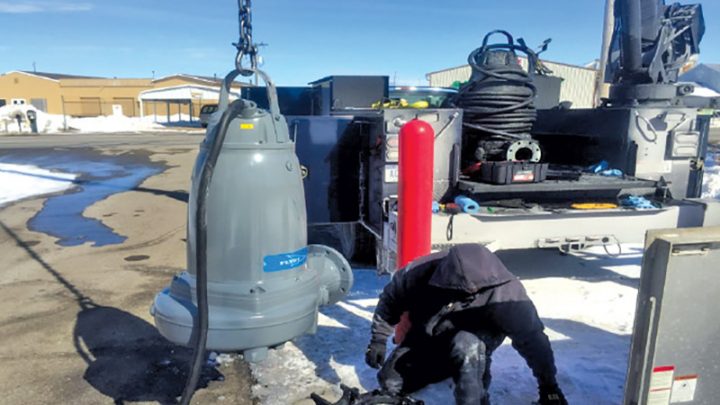 The Fawn River Lift Station is a duplex station that pumps on average 40 million gallons of sewage per month to the City of Sturgis Wastewater Treatment Plant. The station had been in service for only six years when one of the Hayward Gordon CHOPX8BS chopper pumps suffered a catastrophic failure, leaving only one pump in operation. WWTP personnel recognized that operating on one pump was not an option, and they needed both a short-term and long-term solution to the problem.

Kennedy Industries offered the Flygt N3202 Non-Clog as a replacement pump that provided features which would contribute to a longer service life, lower operational costs, and lower maintenance costs. The proposed pump, at only 60HP, exceeds the performance of the original 75HP pumps. The Flygt pump comes standard with High-Chrome impeller and insert ring, which provide up to 10 times greater wear resistance as compared to standard materials. The proposed pump also offered potential energy savings of greater than 30%, while also reducing the required maintenance. The Flygt Midrange pumps have a closedloop cooling system that uses environmentally-friendly coolant, do not require submergence to operate, and therefore can significantly increase the usable volume of the wetwell.

Upon installation of the new Flygt pump, the station was monitored to determine whether the Flygt pump could deliver on the promised performance. Testing over the next several months confirmed it- average power consumption was reduced by 33%! Based on the average fl ow at the Fawn River Lift Station, the city will consume 30,000 less kwh per year by operating the new pump. This reduced energy use equates to a savings of nearly $4,200 per year! With the Flygt pump, backed by the service and support of Kennedy Industries, city personnel can now trust that the Fawn River Lift Station will provide years of trouble-free service.

The MBBR Solution for Permit Limits